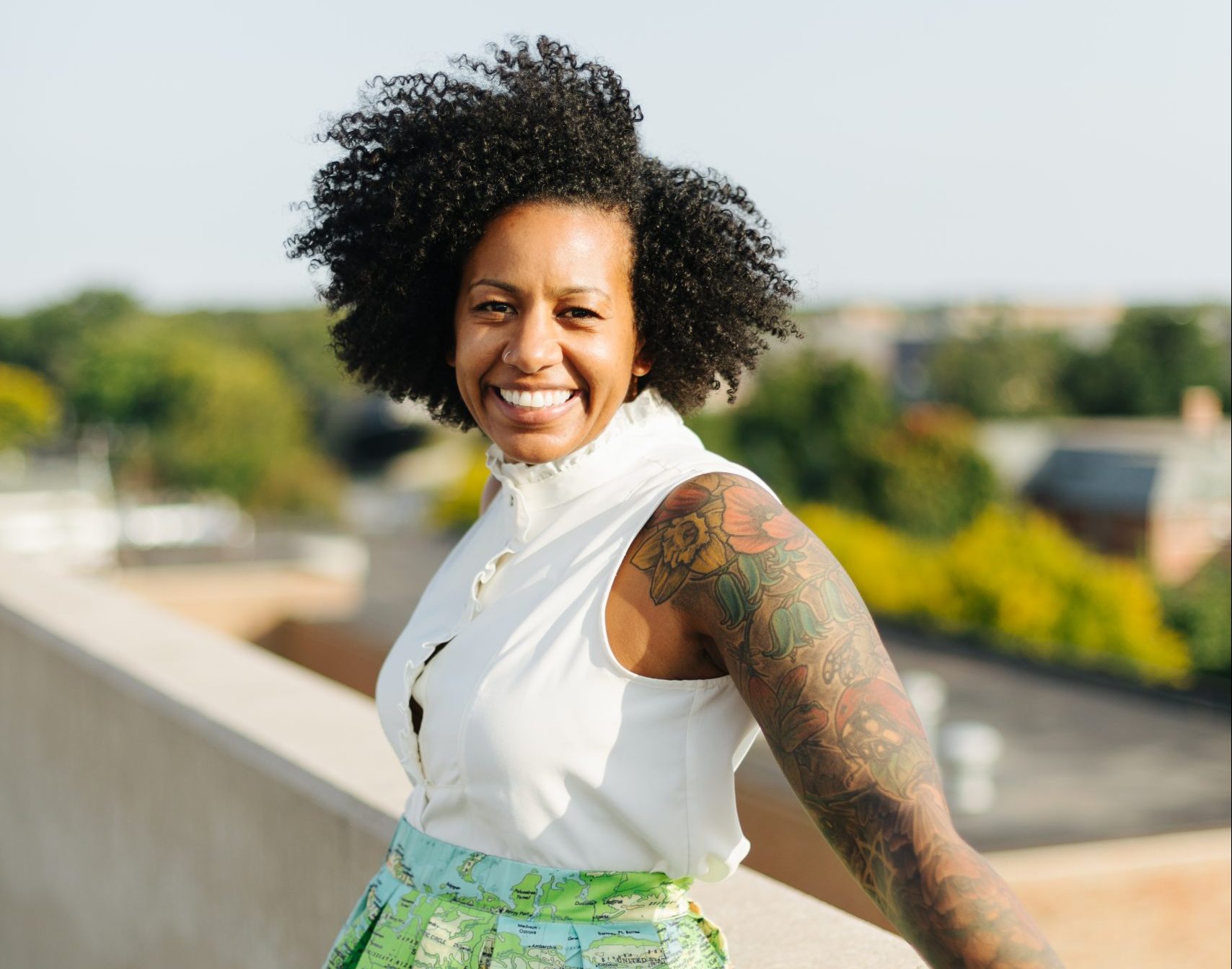 THE KARENS, BECKYS, OR AMYS ARE NOT CONSERVATIVES, THEY CAN BE YOUR LIBERAL FRIEND… OR YOU.

Not every overtly racist White woman like the Karens, Beckys, or Amys is a conservative. It’s time to start understanding that problematic behavior transcends political parties. It’s time to understand how racism and bias run through the veins of everyone- including you. Yes. I am talking about you. You vote Democrat, consider yourself liberal, and have zero tolerance for those within the GOP who are against everything you believe in. Those Karens and Beckys consistently in videos calling the police on Black and Brown people or in intense rages are as far away from liberal as possible… so you think. They could not be a liberal. They could not be someone who considers themselves a Democratic. They could not be feminists, pro-gay marriage, or against racism. But the Amys are closer than you realize and that scares you. It scares you because Amy is a registered Democratic, and Democrats don’t do… that. It is easy to separate yourself from the Karens and Beckys, to make fun of their White women’s rage because you thought it was so far from you, that they couldn’t be your friends or your family. But in reality, she is closer than you realize, and unknowingly that shit is scaring you. She could be you, the woman in the mirror, the woman who wore the pink hat to the women’s march. The woman who voted for Barack Obama two times and would gladly do it a third time. The woman who has Black close friends and maybe Black children, the woman who posts about BLM, Ahmaud Arbery, Eric Garner, Tamar Rice, or Breonna Taylor. It’s time to start understanding more of how White women use their tears and anger as weapons, and how you might have weaponized your Whiteness. It’s time to start understanding how you play a part in this system and how distancing yourself from other “problematic” White women is actually perpetuating the problem because you aren’t critically thinking about how you have acted like a Karen, Becky, or Amy, only in a less vocal, overt way.

When we talk about racism we need to understand that the definitions you google such as Merriam Webster’s which states racism is “a belief that race is the primary determinant of human traits and capacities and that racial differences produce an inherent superiority of a particular race” or Dictionary.com’s definitions of, “a belief or doctrine that inherent differences among the various human racial groups determine cultural or individual achievement, usually involving the idea that one’s own race is superior and has the right to dominate others or that a particular racial group is inferior to the others,” or “hatred or intolerance of another race or other races” are problematic. Definitions need to be looked at with a more critical gaze that takes in when the definitions were written, who was doing the writing, and what was occurring within that time period. Those are important factors to consider with the definition of racism, and in order to understand how racism interacts with current times, we have to have a better grasp of the past and how the definitions came to fruition. There should be a full critique of how power and privilege created racism and tell the story of the system of racism and how it operates in full disguise. As DeRay McKesson from Pod Save the People stated, Definitions are a critical part of social justice as definitions are acts of power. The words we use shape the way we think about the world. The more we understand that the act of definition is always an act of power, then we realize that part of our work is to change the very definition itself. It is why we push on what is a crime and not a crime, it is why we push on how people define words because words are not simply ways to describe what is happening in front of us. Words and language use description to also decide who has power and who doesn’t. – Deray McKesson

Gaining a more critical understanding of racism using the definition below, gives a more analytical look at racism as a system and not as a feeling or a person. The definition “Racism is a system in which one race maintains supremacy over another race through a set of attitudes, behaviors, social structures, and institutional power” – Barbara Love, 1994. Understanding Internalized Oppression is a game-changer because it shows racism as a system which has so many parts to it, parts that now may be relatable to thoughts and actions you may have had or are having.

When you critically analyze the system of racism there might be anger, fragility, sadness, or disappointment that you would be thought of as “racist”. The other definitions were more palatable because, with certainty, you could say you do not think you are superior; you have been taught to love everyone the same, you teach your children to be kind and probably even talk about race with your children. You have Black friends that you have spoken in-depth about Black Lives Matter, have a BLM sign in your yard, and will be the first person to say something about racism… well racism from other people.

The racism that we are talking about isn’t about hatred or intolerance. It doesn’t give you the much wanted “out” that allows you to say, as Amy Cooper did when calling the police on Christian Cooper, “”I’m not a racist. I did not mean to harm that man in any way,” Amy told CNN. “I think I was just scared. When you’re alone in the Ramble, you don’t know what’s happening. It’s not excusable, it’s not defensible.” Amy Cooper’s comment speaks to the system of racism that has made Black men something to fear even when they are requesting you to do something within the law. It has made White women feel entitled to common area spaces, and when challenged on that entitlement, able to call the police to handle whoever feels is invading “their” area. When racism is looked at in an elementary way, as Amy Cooper viewed it, it is then easy to justify not being a racist.

In the most current situation, involving Amy Cooper and Christian Cooper- no relation, Amy Cooper was asked to put her dog on a leash, and instead of complying with the request and signs, she decides to see Christian as a threat, and one that she believes doesn’t have the right to tell her what to do. Once she decided he didn’t have the right to tell her what to do she decided to weaponize her Whiteness and her feminism by telling Christian Cooper that she was, “going to tell them there’s an African American man threatening my life.” When that didn’t seem to work, she decided to up the ante, even more, to make Christian Cooper seem more violent when she hysterically stated, “I’m in the Ramble, there is a man, African-American, he has a bicycle helmet and he is recording me and threatening me and my dog… “I am being threatened by a man in the Ramble, please send the cops immediately!”

Black women and men have seen the weaponizing of White woman tears and fear deployed in our places of employment and used against us. It could be the woman who voted for Obama but when in a supervisory role has told her Black employees they are speaking a little too loud or being aggressive. It could be the woman who has a mixed daughter but also talked to HR about a Black female employee because of the “looks” the employee gives in meetings. It is the White woman who starts crying when her co-workers of color challenge her problematic comments or language and becomes the victim because they were “bullying her” or “making her feel uncomfortable”. It is the White woman who doesn’t want to talk about race to her Black students because it is uncomfortable and sends them to the only Black staff member or teacher because “they” will understand better.

It is the consistent dress code violations for Black female students because their body type makes the skirt seem shorter or the suspension of Black male students because she was scared, and he was not “respectful”. It is the expected respectability political games Black children have to play in order to stay in class and school. As Nylah Burton stated in her article, “when we overlook liberal white racism, we put ourselves in grave danger, because liberal white people often live closer in proximity to Black folks than their conservative peers.”

I understand that it is tough to reconcile those identities. It is easy to point the finger at White women who have overt racial actions that seem so loud and obvious with their racism when they call the police on Black people when we are occupying a table at Starbucks, barbecuing in a park, napping, selling bottled water, or eating lunch and make the statement that you would never do that, because as a liberal you are “woke” or get it. You would never. But in reality, you probably have, just didn’t know about it and Black people have had to come behind you to fix the problems and develop ways to interact with you that protected them from the weaponized Whiteness. Now that you know of the ways Whiteness is weaponized what will you do to correct yourself and others… conservative or liberal?

Now that you know better, it is expected you will do better and hold yourself and other White women accountable.