Stop being the damn vidoer. I am tired of ya’ll. I am tired of people recording these horrible racist tirades, throwing them on the internet and expecting a pat on the back and a “you’re the man.” You’re not the “man”. You are complicit in the act. You are passively allowing the racist, vulgar, dehumanizing tirade to continue. You are ALLOWING a racist system to continue- yes you Mr. I Don’t See Color, Mr. We Are All the Same. You are allowing racism to continue. You are in no way shape or form showing you understand your privilege and using it to combat the issues at hand. I am tired of seeing crowds in videos, or people watching and doing absolutely nothing. I hope that no one within the videos went up to the person of color after the yelling and harassing
I am tired of seeing crowds in videos, or people watching and doing absolutely nothing. I am tired of seeing the same type of video weekly. Of trying to talk to my friend about one of this incidents, and us discussing which of the incidents I am talking about. I am tired of the people doing the recording watching and making sure they get every second of a person being harassed and abused. I hope no one went to the person of color after the harassment to pat the victim on the back and empathize with them. You deserve your hand smacked away. I honestly hope it doesn’t happen, because as a person of color I will tell you that hearing that does nothing. Knowing you chose to not help me out while I was being harassed does nothing but piss me off even more. It is as if you see a car about to hit me, say nothing, and then come up to me to tell me you knew the car was going to hit me but hoped I was ok. NO, DO NOT BE THAT PERSON. Do not feel that your guilt has been absolved because you came and gave me a pat on the back. Be a damn doer. Say something to the harasser. Stop the harassment.

Within the last few weeks, it seems we are seeing tirade after tirade against people of color and nothing done. We see a white teenager dehumanizing his Asian teacher, a white woman calling a Latino man a spic while in Sprint , a white woman telling a Latina women to go back to Mexico in Walmart, and in an airport terminal, a wheelchair-bound man goes off on another Latino man.  This shows you the amount of privilege felt. A man completely wheelchair bound feels safe enough to yell and disrespect a Latin man for speaking Spanish.

Lastly, we see a man on a beach drunkenly yelling at a family, and a white man stands in the middle, not to stop the harassment, but to make sure a fight doesn’t break out. He did nothing. He allowed, yes allowed, this tirade to continue to happen.  All of these racist tirades have occured within the last few weeks! It hasn’t even been a month people!! It has been a few weeks!  How can we as a nation continue on this path if no one is willing to step up to the plate to use their privilege to stop this?

Chris Newman, owner of Sylvanaqua Farms in Albemarle County has a great point within his statement on how racially segregated Charlottesville is.  “It isn’t Richard Spencer calling the cops on me for farming while Black. It’s nervous White women in yoga pants with “I’m with Her” and “Coexist” stickers on their German SUVs.” The obvious, overt racists are not the ones I worry about as much as the people who keep the system of racism continuing while trying to say they are “woke”, that black lives matter, want to stand side by side with me at a protest or tell me to not worry about it because, “I am better than that. I am better than saying something” 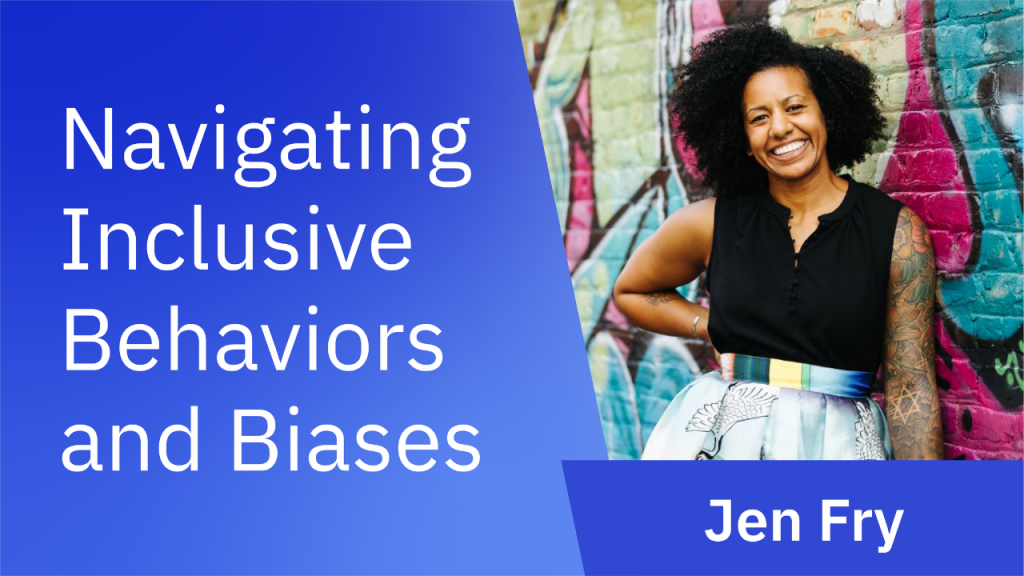 The Voices of Inclusion Podcast – Navigating Inclusive Behaviors and Biases

In the very first episode of the Voices of Inclusion Podcast, Jen Fry shares her experiences of how she helps companies navigate Diversity, Equity and 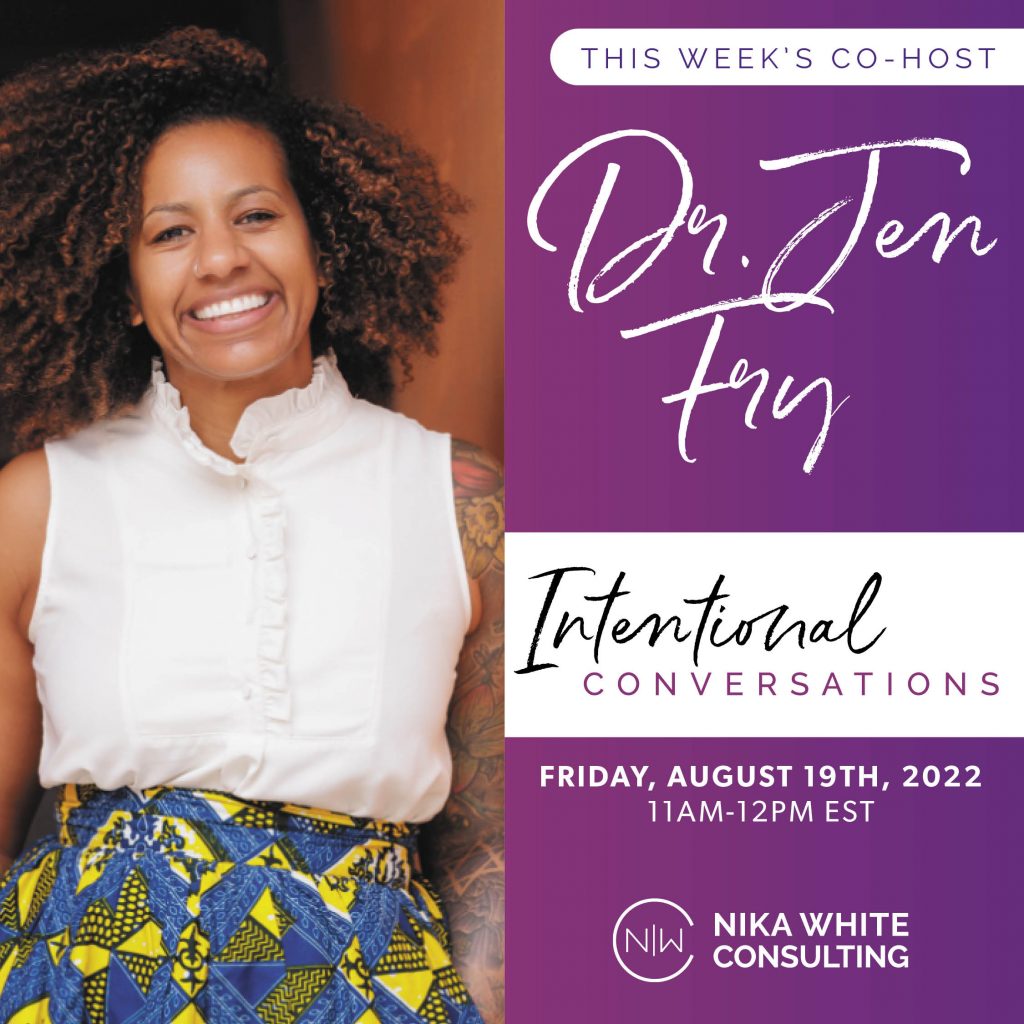 Recorded August 19, 2022 – In this Intentional Conversations VodCast we discuss anti-racism and conflict, Black female athlete’s experiences abroad, and how Jen’s work in